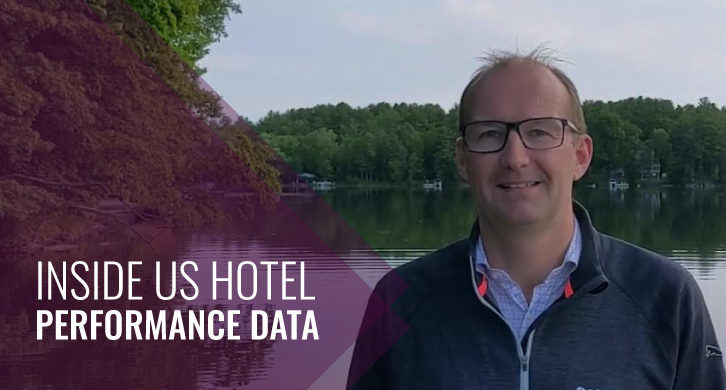 Average U.S. hotel revenue per available room for the week ending 6 June was down 65% year over year, which was slightly worse than the prior week (-62.1% year over year), but that difference is likely attributable to the Memorial Day comp, said Jan Freitag, STR’s SVP of lodging insights.

“We are now comparing ourselves back to a normal week, and so therefore RevPAR declines were a little worse,” he said.

Demand, however, continues to uptick, with 13.5 million rooms sold during the week ending 6 June. Much of that strength comes from U.S. markets such as Myrtle Beach, South Carolina, where weekend occupancy was 83.4%.

“The weekend occupancy continues to be healthy in submarkets and markets that have access to nature, specifically beaches or national or state parks,” Freitag said.

Pricing power is also stronger in beach markets. For the week of 6 June, for example, Myrtle Beach hotels grew ADR 160% over 11 April, “arguably the low point of the U.S. hotel industry,” he said.

From a class standpoint, economy hotels continue to have a demand edge, selling 50.3% of their rooms for the week, compared 22.1% of rooms sold in upper upscale and 25.3% sold in luxury.

Data also suggests that hotels are facing more rate competition with their counterparts in higher and lower classes, as the rate gap between luxury and economy narrows.

“This, of course, has implications for the traveling public. As the ADRs get lower, people have a specific dollar amount set in their travel budget and they may be able to trade up. What this means for hotels is that they suddenly may be competing with properties that used to be a lot more expensive or a lot less expensive for the same customer group.”

For more of Freitag’s insights into the latest U.S. hotel performance data, watch the video here